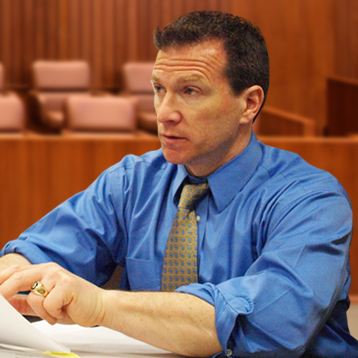 While serving as an Assistant District Attorney in Nassau County early in his career, Mr. Millman prosecuted a variety of cases, including violent felonies, and also worked in a division of the office which specialized in the prosecution of DWI cases.

While serving as a Senior Associate at a Nassau County litigation firm, he supervised litigation attorneys and handled the firm’s most serious matters, including the defense of wrongful death, lead paint and criminal matters, and the defense of architects and engineers being sued for negligence in the performance of their duties. Mr. Millman also worked as a Senior Associate at a federal litigation firm specializing in the investigation and prosecution of individuals engaged in the illegal interception of telecommunication signals.

He has also lectured at local and regional conferences on constitutional issues related to interrogation and identification procedures and on how to initiate and maintain civil actions in Federal Court under the Communications Act.

Mr. Millman was previously invited to speak as a guest lecturer and delivered a presentation on brain injuries and the “Grave Injury” statute in the context of construction litigation as a guest speaker at a New York State Certified Continuing Legal Education (“CLE”) course.

Respected by Those He Represents

Mr. Millman has developed and maintained many long-term relationships with existing clients. The clients he has represented consistently return to him to again seek out his services, citing his aggressiveness, hard work ethic, client-focused approach, and consistent results. His experience on both sides of the fence – bringing actions and defending them – provides him with a perspective many do not have and serves to the advantage of his clients.

He obtains excellent results on a consistent and reliable basis. He has successfully negotiated numerous damages claims against his clients down to “nuisance” value settlements, has brought numerous additional cases to trial and obtained favorable results for his clients, and has further obtained outright dismissals in several other matters.

He has regularly and effectively worked with and served clients from all walks of life. He has provided legal representation in civil matters for large corporations in the insurance and telecommunications fields and has also represented real estate owners and management companies, retail establishments, pharmaceutical companies, general contractors in the construction industry, architects, and engineering firms. He has also provided representation to small businesses, not-for-profit corporations, and municipalities as well as high school students confronted with disciplinary proceedings and individuals facing eviction from their homes in landlord-tenant matters. He has also represented clients in criminal prosecutions for murder, driving while intoxicated, drug possession, burglary, larceny, Medicaid fraud, immigration fraud, and violations of the Fair Labor Standards Act.

Respected by Peers He Works With

As a result of his unique experience, Mr. Millman is routinely sought out and hired as counsel to law firms requiring assistance from an experienced litigator with the drive and ability to effectively pursue a case to trial. These law firms rely upon Mr. Millman’s abilities at critical stages of a case and continue to hire him with greater frequency due to the results he obtains.

As a result of his consistent and reliable record, he is routinely called upon to litigate the most serious of cases, whether the stakes involve money or freedom. His civil experience includes the defense of several multi-million dollar personal injury and wrongful death lawsuits and multi-million dollar contract actions. His criminal experience includes the prosecution of a career criminal sentenced to 25 years to life for burglary as well as the defense of a client charged with murder and rape.

Respected by Peers He Works Against

Mr. Millman is frequently described by his adversaries as a tough and aggressive litigator who is both cordial and respectful to the court and his adversaries. He has routinely worked as co-counsel in complex litigations involving multiple defendants and his aggressive approach and contributions have frequently resulted in his assuming the lead for the defense at critical stages of the case.

He has been consistently endorsed by his peers for his skills in trial advocacy, appellate work, civil litigation, and criminal defense.